In a sermon given at a Thanksgiving Service, held during the Golden Jubilee, on June 16, 1940, Rev. R. P. Dyer, Headmaster of the school, used as his text, “Hitherto hath the Lord helped us’. This led him to speak of the motto of our school, ‘Henceforth’. He explained that it originated from the English meaning of the French word ‘Desormais’, which had served as an inspiration to higher efforts to a boy in Africa. It was adopted as the motto of Queen’s College in the hope that it would also help our scholars.

The Magpie is the memories of Queen’s College. It is the physical (or electronic) reflection and a reminder to students, parents, teacher and the community of each school year. The name ‘Magpie’ was chosen by the scholars before the first issue. ‘Mag.’ is an abbreviation of ‘magazine’ and ‘pie’ which suggests a sort of ‘mixum gatherum’, (miscellaneous mixture) nonetheless delectable. The name also calls to mind the bird (Eurasian Magpie, Pica pica) which makes its home across the globe and is considered one of the most intelligent animals in the world. It is also one of the few non-mammal species able to recognize itself in a mirror. As an annual marker the Queen’s College graduating class take the opportunity to reflect on the past year, asking their friends and sometimes their teachers for a comment or their autograph; sharing inside jokes and significant moments in commemoration of the time they spent as scholars at Queen’s College. 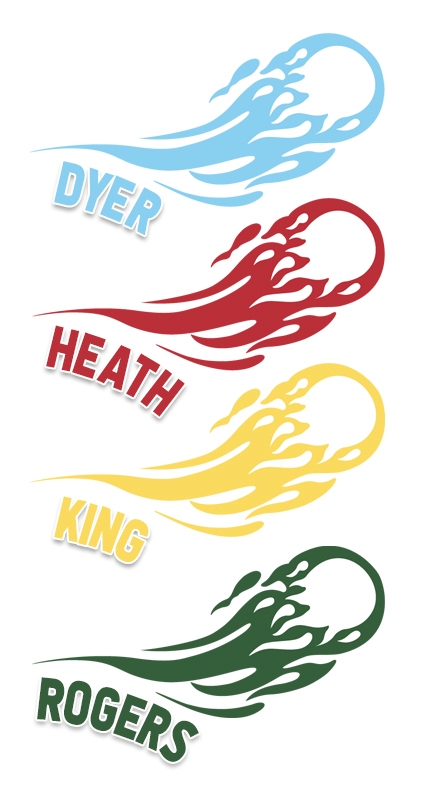 For most of its existence, Queen’s College students have been allocated into houses in order to encourage a spirit of competition in all forms of sports as well as achievement and effort. Originally, the system was limited to students in the High School but in later years, the Primary School students were placed in houses as well so that it is possible for students to identify with one house and one colour for their school life from Grade One through to Graduation. It is not unusual to find children of former students in the same house as their parent.

The House system began in 1929 when students were assigned into one of two teams, Gold and Blue, for sports only. In 1932, these two teams were disbanded in favour of Columbus, Heath and Rogers. Columbus House, however, remained in existence for only two years.

The two Houses still in existence, derive their names from two prominent figures in Bahamian History: Sir Robert Heath received the first Proprietory Grant of the Bahama Islands in 1629, and Woodes Rogers was appointed first Royal Governor of the Colony in 1718. Heath House has always been identified by the colour red, and Rogers by the colour green.

After, the large scale expansion of the school in the 1960’s, a need was felt for an expanded House System. As a result, in 1964, Dyer House was formed and named after the Rev. R. P. Dyer, Headmaster of Queen’s College, 1925-1959. It adopted blue as its distinguishing colour.

In 1968, further expansion generated the need for an additional house, and King House was introduced. It was named after Martin Luther King, the American Civil Rights leader, who had been assassinated the previous year. Originally, it was identified by the colour maroon, but this was subsequently changed to yellow.

In the Primary School, the House System was originally named after Bahamian fish, when introduced around 1965. These were known as Barracuda, Dolphin, Marlin and Wahoo, with the colours, respectively, green, blue, yellow and red. In 1980, the names were changed in order to coincide with those in the High School.

The smooth running of our school and the success of every student depends on parents and students reading our weekly newsletter, ‘THE COMET’. This is the main way in which we communicate with parents regularly. ‘The Comet’ is posted each week on our school’s website.

LAND OF OUR BIRTH
(ALMA MATER)